Coronavirus Between Life and Economy 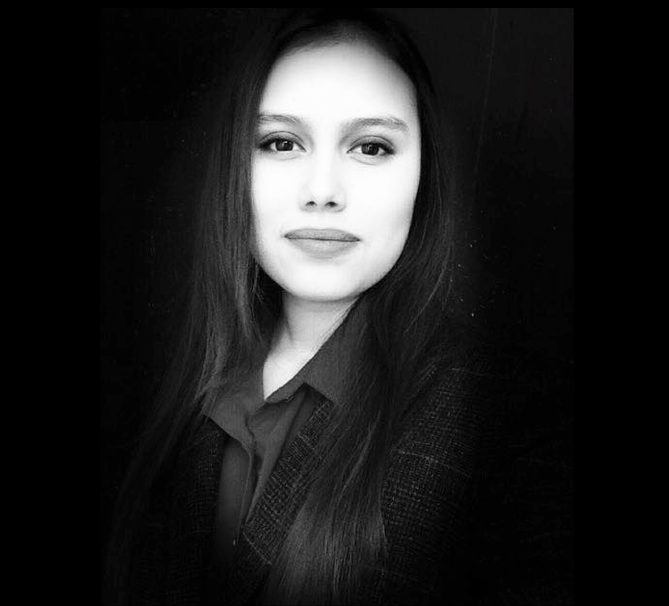 Coronavirus (COVID-19) is a highly infectious disease caused by a virus that has not been found before in a human being. According to the World Health Organization, Coronavirus can cause various conditions if you do not have a stable immune system, such as pneumonia, that is why the elderly are the most vulnerable.

Exactly what caused the Coronavirus is unknown, but it is known that it is a zoonotic transmission virus, which means that it is transmitted from animals to people. This virus was originated in the Wuhan market, a dirty place where different exotic species were commercialized, such as: bats, snakes, among others.

The worldwide zero-coronavirus patient was reported on November 17,2019, he was 55 years old and lived in Hubei, Wuhan; by the end of 2019, the number of infected was 266. On January 1 the number increased to 381. Finally, it was declared a pandemic on March 11, 2020 by the World Health Organization.

When a virus enters to the system, it can inject its DNA or RNA into the cells, which means that it can replicate its genetic material, causing cell death and releasing new viruses capable of infecting other cells. Viruses are not alive, they are a piece of genetic code wrapped in a membrane. That is why they do not "die" with antibiotics, since they are lifeless.

Some of the recommendations of the World Health Organization are: wash your hands for at least 20 seconds, do not touch the other ones and use the face mask when you need to leave home.

What is going to happen to Mexico? With the support of the Engineer Damián Pedraza, a model can be proposed that explains the spread of the Coronavirus.

Note: This model does not consider recovered cases or deaths.

The solution to our problems is found in that parenthesis (E * P + 1),where E is the level of exposure in society, P is the probability of contagion.In order to control these factors there should be less Exposure and to reduce the Probability of contagion. It is necessary to carry out preventive measures. It can be said that the spread of the Coronavirus is a variable that depends on society.

The only scenario in which that model would be acceptable is when the number of infections is the same every day. In reality, this only happen at the beginning and at the end because it is a pandemic and it is difficult to control the contagion factor even if preventive measures are taken. However, knowing the model, it is important to know that contagion is controlled by society with its actions.

In this first phase, infected people are recognized because they acquired the disease when they were traveling to a foreign country. This occurred in Mexico in early March when it was reported that a man who had been in Italy weeks before arrived suffering from theCoronavirus. This situation was replicated in some states of the Mexican Republic weeks later.

In this second phase people who arrived to the country and who were infected begin to infect other people. In this phase the number of infections begins to grow to hundreds. In Mexico, according to the Ministry of Health, this phase began on March 24, 2020 when there were 405 cases. From this phase, certain restrictions began to be imposed, such as: healthy distance, suspension of massive events and voluntary isolation.

This third phase is the most risky of all because it means that there are Coronavirus infections throughout the country and also that there is a high outbreak in the community. In Mexico, according to the Ministry of Health, this phase began on April 21, 2020, when there were 9501 infections. As can be seen in the graph, there was a slight stabilization in the number of infections between May 14, 2020 and May 17, 2020, but then the curve went up again.

If a constant ratio is established, it can be predicted that by the end of May, Coronavirus cases will be raise almost100,000 infections. These data may vary because it depends on how exposed people are and whether security measures are being followed.

Mexico was fortunate to see the steps other countries took before the virus arrived. Because of this, 2 weeks in advance, Mexico took phase 2 measures when penalties went to phase 1. This had a great impact on the number of infections and the number of people who died from the virus.

As of May 21, 2020, in Mexico 6510 deaths are reported. Meanwhile Spain reports 27,940 cases of deaths. As can be seen,Spain had serious problems that in the end it could not control, the hospitals were filled until there was no space for people and that caused a serious Public Health problem. Mexico has had its difficulties but despite everything, it has been able to control the mortality rate in a positive way.

Among the countries with the highest mortality rate are: Spain, the United Kingdom, France and Italy. Mexico is in a stable stage but Brazil is not so lucky, since it has 20,047 deaths. Below Mexico is Paraguay, Nepal, India, Morocco, Qatar, among others.

There are three countries with the largest change in the number of poor are estimated to be India (12 million), Nigeria (5 million) and the Democratic Republic of Congo (2 million). Countries such as Indonesia, South Africa, and China are also forecasted to have more than one million people pushed into extreme poverty as a consequence of COVID-19. When looking at the impact of the pandemic on higher poverty lines, for example the number of people living on less than $3.20 or $5.50 per day, more than 100 million people will be pushed into poverty. Latin America & Caribbean, East Asia & Pacific and theMiddle East & North Africa are all expected to have at least 10 million more people living on less than $5.50 per day. (Lanker, 2020)

According to Boston Consulting Group, there is a correlation between what is happening socially and in the economy. If we establish 2 variables such as Social Disconnection and Economic Cost, we can see that the more social distance there is, the worse a country's economy gets.

In April 2009, the paralysis of the national economy due to influenza AH1N1 cost 0.7% of GDP (57,000 million pesos), as confirmed by the Ministry of Finance.

According to Forbes Mexico, companies like Walmart, Soriana and Costco began offering their services online in order to continue generating sales.

Growth forecasts for the end of the year range from a 1% drop in the most optimistic scenario, to a 7% drop. The depth of the shock will depend on how severe the health crisis and job destruction are.

During the AH1N1 influenza crisis, 170,000 jobs were lost, with a drop of just over 5% in GDP. This implies a scenario of a probable loss of around 150,000 jobs for the Covid-19 coronavirus crisis.

According to Gustavo Méndez, a Deloitte consultant, in the face of this is not only health but also economic crisis.

Bank of Mexico has decided to take actions such as:

Reduction of the deposit of monetary regulation, from 320 billion pesos to 270 billion. This is the set of deposits that banks must have in Banxico, and which, being reduced by 50 billion, gives intermediaries space to have 50 billion more liquidity and make more loans to their clients.

Swap lines for exchange rate hedges. They are agreements between two central banks to exchange their respective currencies (in this case, with the United States Federal Reserve System), in order to prevent market tensions from affecting the real economy.

Purchase and exchange of long-term government bonds for shorter-term bonds. Bonds are a type of debt that works as a promissory note, that is, as a promise that the issuer of the debt will pay the bondholder. In the case of Mexico, having short-term bonds also helps banks to have more resources in less time, and therefore, more liquidity in their balance.

Active decrease in interest rate. First, on March 26, the Central Bank lowered the benchmark rate from 7% to 6.5%. Then, on April 21, it placed it at 6%, in order to strengthen credit grants, provide liquidity to the financial system.

The World Bank is the organization in charge of stabilizing poverty levels worldwide. With the Coronavirus pandemic, it continues to develop 144 projects, of which, it is investing $ 14b and they are located in 97 countries. The sectors that the World Bank is supporting are the following:

In conclusion, it is important to remember that what we are experiencing through COVID-19 is a situation that affects all countries in the social and economic sphere. It is also important to consider that Mexico, despite being in Phase 3, has done a good job in preventing the spread of contagion compared to other countries such as Spain.

The decisions made by banks are of utmost importance because it depends on them that the economy remains stable and moving forward. 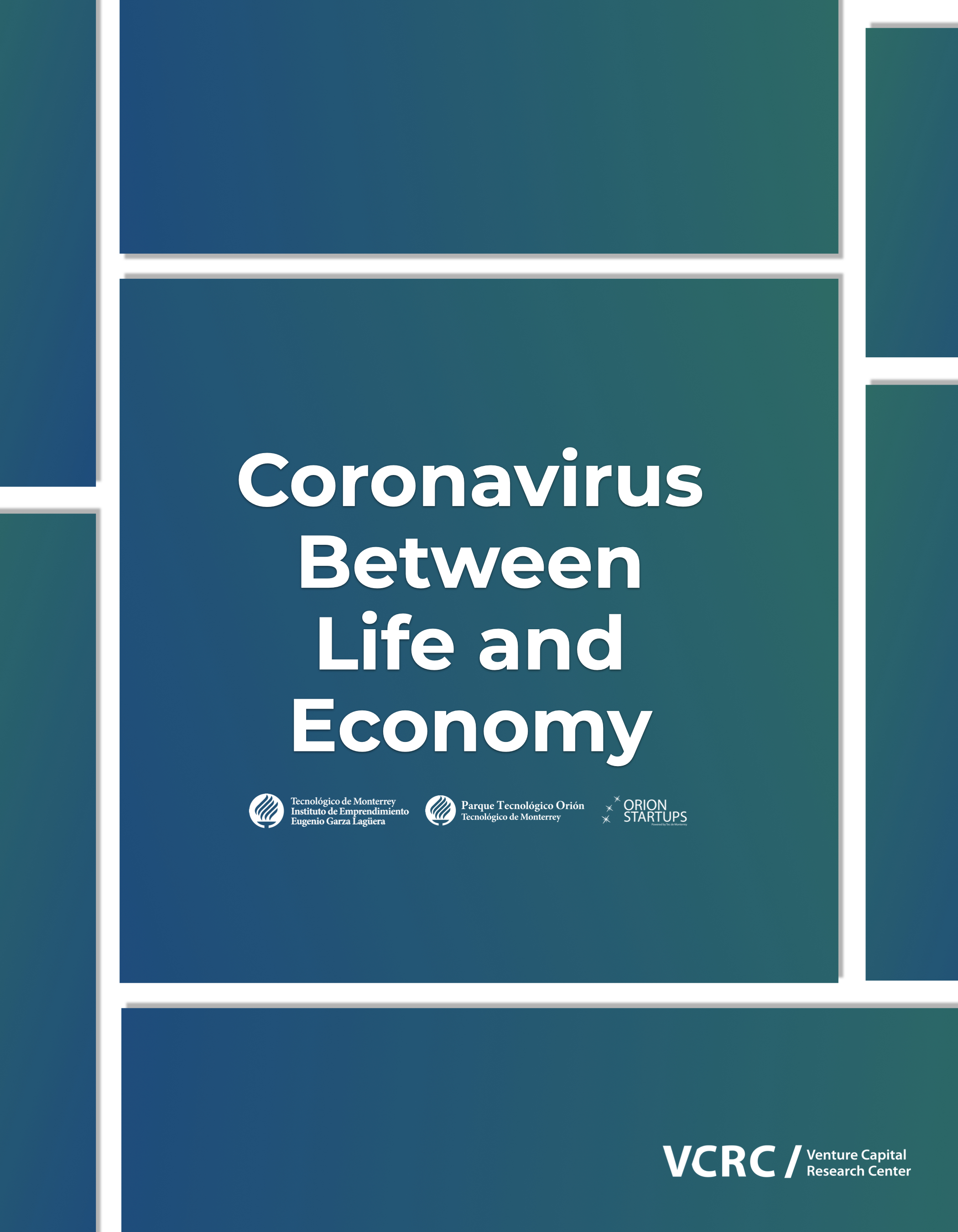